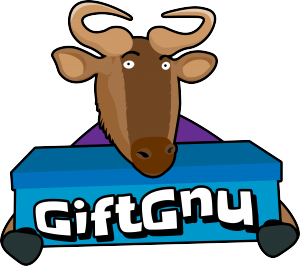 With a tribute to iris , the symbol of the flowers of the royal french ,
Alexandre. J intends once again surprise us with its ight colors and with
Joyful fragrances . Cuir amethyste is a powerfull leather fragrance, which
Joined the priv haute couture fragrance collection 2005. As its fifth
Fragrance. A mesmerising composition that leads us to a unique experience:
A voyage for the senses, between the reassuring smell of leather and the
Far-Away origins of the other materials, between known and unknown. The
Warm, rich and powerfull composition includes the noble notes of birch
(That gives a smoky leather nuance), patchouli and the powdery note of
Violet in the heart. The opening blends bergamot, coriander and rose. The
Base includes bensoin, incense and bourbon vanilla. Armani prive cologne
Spray ambre soiebygiorgio armaniis a oriental spicy fragrance for women
And men. Armani prive cologne spray ambre soiewas launched in 2004. The
Nose behind this fragrance ischristine nagel. The fragrance features
Ginger, amber, patchouli, pepper and cloves giorgio armani oud royal. The
Armani/Priv collection was created shortly after giorgio armani launched
His eponymous haute couture line. While in ancient times spices were the
Bargaining counter around the mediterranean shores, a number of rare and
Even more precious essences subsequently took their place. In the eastern
Confines of india, the strange alchemy that binds the heart of a tree with
An intruding fungus gives birth to a hard wood with a deeply penetrating
Fragrance. Placed on the embers of an incense burner, it perfumes interiors
And garments. When distilled, it delivers a golden and potently
Sweet-Smelling essence which, as it matures, grows darker and thicker like
A liqueur. This dark, dense oil exerts real fascination, and in the eyes of
Connoisseurs these rarest of qualities are more precious than gold.
Sometimes worn on the skin, it distills intense woody effects and is
Adorned with animal-Like reflections, shades of dark earth and tones of
Humus. When giorgio armani turned his attention to oud, he decided to work
It the way he would a heavy ocade lined with gold and silver, leaving its
Weight, its noble intensity and majestic sedateness. Respectful of its
Personality, giorgio armani set about highlighting each facet of character
In its composition: depth is amplified by an amber harmony, the reddish
Glow is fanned with spices, the dark earth reflections are smoked with a
Veil of myrrh and incense. Giorgio armani has staged the splendid crowning
Of oud.

There are no reviews yet.